With the Women’s Singles Qualifying Draw about to commence shortly, a lot of eyes are on four players in particular. Usually the Qualifying Draw doesn’t get much attention, but with the inclusion of four former Top 10 players, including three previous Grand Slam Finalists, one reaching a career high ranking of #2, it can be certain that everyone will be watching intensively to see if these four ladies reach the main draw and who they get drawn against in the First Round.

The oldest of the four, Patty Schnyder, first appeared at the Australian Open at a young age of 17 in 1996. Patty’s first appearance wasn’t to be a memorable one. She lost in the first round of the Qualifying Draw. Fast forward 8 years and it would prove to be Patty’s best result at a Grand Slam where she reached the Semi-Finals, losing to the World #2 Kim Clijsters. Patty would go on to win 11 WTA Titles and reach a career high ranking of #7 before retiring in 2011. Patty would later come out of retirement in 2015 and rejuvenated her career, by playing on the ITF Tour. Since making her comeback, Patty has played 8 finals on the ITF Tour, winning 4. Patty’s ranking has soared up to #150, which has earned herself a berth in the Qualifying Draw. This will be Patty’s second consecutive Grand Slam that she has played in the Qualifying Draw and third overall in her career.

Two of the former top 10 players include the former #1 Doubles Team, the Italian duo, Roberta Vinci and Sara Errani. Both have contrasting reasons for competing in the Qualifying draw as opposed to being granted direct entry to the main draw. Roberta, the 2015 US Open Finalist, who reached a career high ranking of #7 in 2016, has seen her ranking fall as a result of losing in the opening round of the four Grand Slams in 2017. Towards the end of 2017, Roberta announced that she intended to retire in May 2018, where she will play her last professional WTA Singles match at the Rome Open.

The second of the Italian duo, the 2012 Roland Garros Finalist, Sara Errani, found herself caught up in controversy during 2017. She was suspended from the Tour after failing a drugs test. She had inadvertently taken her mother’s medicine after eating a contaminated meal that her mother had prepared. Sara was stripped of all ranking points obtained and prize money earned from the date she failed the test until the date her suspension had finished.

The final of the former top 10 players participating in the Qualifying Draw is the former #2, the 2010 Wimbledon and US Open Finalist, Vera Zvonareva. After her most successful year on the WTA Tour, Vera found herself prone to numerous injuries which forced her off the tour. Vera would later reappear over the next few years for a handful of matches before going on hiatus to finalise her studies and commence a family. Similar to Patty Schnyder, Vera rejuvenated her career on the ITF Tour.

All four ladies are in different brackets of the Qualifying Draw, therefore all can qualify. With the withdrawals of Serena, and Victoria Azarenka, and the ongoing comebacks for Maria Sharapova and Petra Kvitova, and the new lease of life for Agnieszka Radwanksa and Angelique Kerber, the 2018 Australian Open is proving to be the most exciting and wide open draw in years. 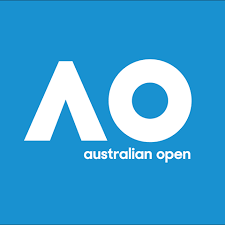 The Tennis Tribune strives to deliver the latest stories across both the ATP and WTA Tours.